New York City is full of fun places, and there is a lot one can do while they are in New York. The city of New York offers you everything from plays, sports events, the world’s best meal at top restaurants, concerts, and much more. You need to properly plan your visit to New York City because the city is so big and full of amazing places that you might miss something significant. From historic landmarks to modern architecture spectacular view, you will find everything in New York

The first name in our list from where one can start its trip is the Empire State Building. The building is the 44th tallest building in the world even after the 90 years of its foundation. Empire State Building is a representation of the New York ambitions.  You are free to visit the main deck on the 86th floor until late in the night and can enjoy the spectacular night view of the city. On the 102nd floor of the building, there is an observatory which in the past is the part of the stations for the airships. The building has much more to offer t its visitors you can also enjoy the Art Deco Opulence on the 5th Avenue.

Statue of Liberty is a great tourist attraction. It is a symbol of freedom and was created in 1886 with the famous architecture Gustave Eiffel. The statute is entirely made of metal. It is 93 meter in height and is a depiction of the Roman goddess Libertas. There is a torch in one hand of the statute and a tablet on the other side. The torch is the depiction of light and freedom while the tablet in the right-hand shows the date of declaration of independence. To visit Liberty Island, one can take a ferry at the Battery Park. You can also visit the Statue of Liberty Museum and can make your trip more memorable. Always make sure to buy your tickets in advance; otherwise, you have to wait in a long line for hours. Always try to visit the top as if it offers the best view.

Another vital landmark New York City offers to its visitors is the Brooklyn Bridge. This bridge works as a connection between Manhattan and Brooklyn across the East River. Brooklyn Bridge was completed in 1883 and is considered as the first steel-wire suspension bridge. To remove all the doubts and speculations regarding the bridge P.T. Barnum led a parade of 21 elephants on the bridge. Towers of the bridge are composed of the granite and limestone. One can enjoy the fantastic view of the bridge. It is the best walkway for the pedestrian above the road over the East River.

If you are in New York, never miss a chance to visit Broadway. Broadway offers some of the best theater shows and music performance to its visitors and has 41 venues and more than 500 seats. New York is famous as a theater district, and no one can deny their contributions in making New York a 20th-century cultural capital. Three of best productions of  Broadway are the Phantom of the opera at the Majestic in 1988, Chicago at the Ambassador in 1996 and lion king in 1997. While the present sensations of the theater are the Hamilton and the Book of Mormon. Broadway is also famous with the name of the Great White Way.

Who does not know the name of the Times Square, whether you are in New York or not once in your life you have heard about Times Square? Times Square is near the Broadway Theater and is a tie-shaped plaza in an urban ravine which shows a spectacular view of the electronic billboards. It is estimated that almost more than 46,000 people pass Times Square on a busy day. If you are visiting New York for the first time, then you must see Times Square. You can also enjoy the view of the different street performances here.

Met Cloisters museum was founded in 1938 and was managed by the famous Metropolitan Museum of Art. This museum is a masterpiece of European Medieval art and architecture and gives its visitor a spectacular view. Initially, the building was a haunting neo-Romanesque building which was built by the Charles Collens but later it is converted into the museum. In the construction of the building, limestone and granite are used. The museum exhibits almost 500 pieces from the Byzantine Empire. There are also some art pieces from the Cuxa cloisters from the 11th or 12th century. There is a treasury room in the museum which has many manuscripts, delicate enamel, smaller delights, and a deck of card from the 1400s.

New York City plays a vital role in promoting art and culture, and this is clear by the theaters and opera houses in the city. New York has the most significant opera house production in the world. There are around 3,800 seats for visitors to enjoy performances. Opera house has mortise stages and shows four different operas in a week.

New York City is full of the skyrocketing building due to which you always feel like there a patch that you are not able to see and enjoy clearly. Do not worry New York Deluxe Helicopter offers a tour of the city. You can enjoy the view of the Hudson River, Chrysler Building, Brooklyn Bridge, Ellis Island, and Statue of Liberty from the sky. This sky tour will give you lifelong memories.

Radio city music hall is opened in 1932 and gives an iconic live entertainment. It arranges many concerts, shows, award ceremonies, and live TV shows. City hall has a famous seven-story sign on 6thAvenue. You can also take a tour around the hall and can enjoy the history of the famed great stage. It gives you a chance to meet performers and dance troops.

Chinatown is a place one cannot miss while they are in New York. Here in Chinatown, one can be mesmerized by the fantastic street signs, awnings with the Chinese characters, gridlock and a sudden bustle. It is the largest Chinese inhabitant in New York. Once you visit Chinatown, you can be flustered by the beauty of the Mott Streets, Mulberry Streets and greengrocers around Canal Street.

To enjoy beauty and nature in a comfortable setting, Central Park is waiting for you. Park has a central lake, ponds, public art, schist outcrops, reservoirs, 21 playground, 50 fountains, around 25,000 trees and many other exciting places like stately Bethesda Terrace. You can do a lot of things here like yoga, boating, horse-drawn carriage tours and even visit a zoo.

Museum of Modern Art is a famous tourist attraction in New York due to its display of some modern art pieces. Museum has almost 150,000 art pieces which contain some of the masterpieces from famous artists. Picasso’s Les demoiselle’s d’Avignon, Starry Night by Van Gogh, the Dance by Matisse and Dali’s Persistence of memory are some of the famous art pieces. Museum also arranges some of the temporary exhibitions.

Another thing in our to-do list is the Staten Island Ferry tour. It is the last system of ferries used by the people before the bridge was constructed. This offers its visitors fantastic view of  Statue of Liberty and Ellis Island and the view of the building of the skyscraper of the lower Manhattan.

Grand Central Terminal is the last thing among the 15 best things to do in New York. This place is very famous among visitors because of its unusual proportions, mind-blowing workmanship in fantastic architecture and fittings. There are almost 60 shops at the terminal, among which 35 are places to eat. This terminal is a Beaus-Art masterpiece. Terminal has a symbolic information booth with a clock which is made from a mesmerizing opalescent glass. 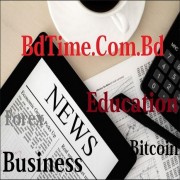 With Product You Purchase

With Product You Purchase